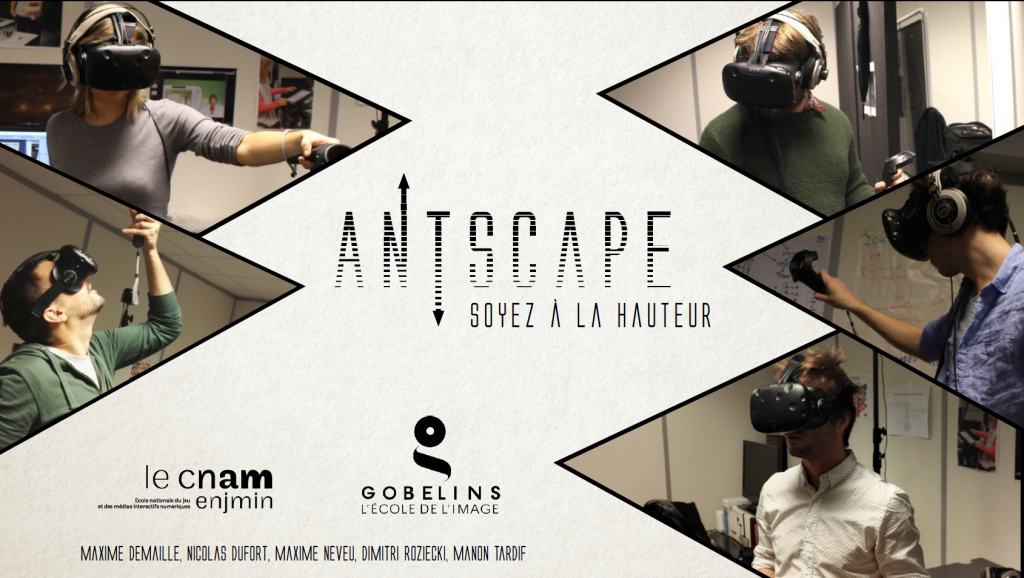 Antscape is a VR escape game playable on HTC Vive. The game takes place in the universe of the movie Ant-Man (2014). Scott is training with his mentor Hank Pym who decides to lock him up in a room. Scott has to use his special abilities to find Hanks Safe and leave the room using his special abilities : changing his size and the size of objects.

Those goals are useful to each other. Designing a good puzzle would get the player to master his powers and become Ant-man, and that would lead to an immersive experience.