What I did : Maze controls, UI design

During our Master’s degree, we had to make a project during 6 months. As we never worked with a natural user interface or even with a virtual reality device, we chose to create a maze game that would be playable with a Leap Motion.

What is a Leap Motion ?

The Leap Motion is a device that allows to track the positions of hands and fingers. The device uses infrared lights and two cameras to get those informations. With a great precision, the Leap Motion allows the user to use his hands to interact with a computer.

Control the game with movements

We wanted the game to be entirely playable without having to use a mouse or a keyboard. I decided to create a menu in wich the player could navigate only using simple gestures like swiping (to switch between menus), moving and closing hand (to select a level).

The goal of the game is to complete the maze as fast as possible, and to do so, the player must use his hands to rotate the maze in order to move the ball in it.

There was an other goal to achieve on this project : create a Maze Generator. 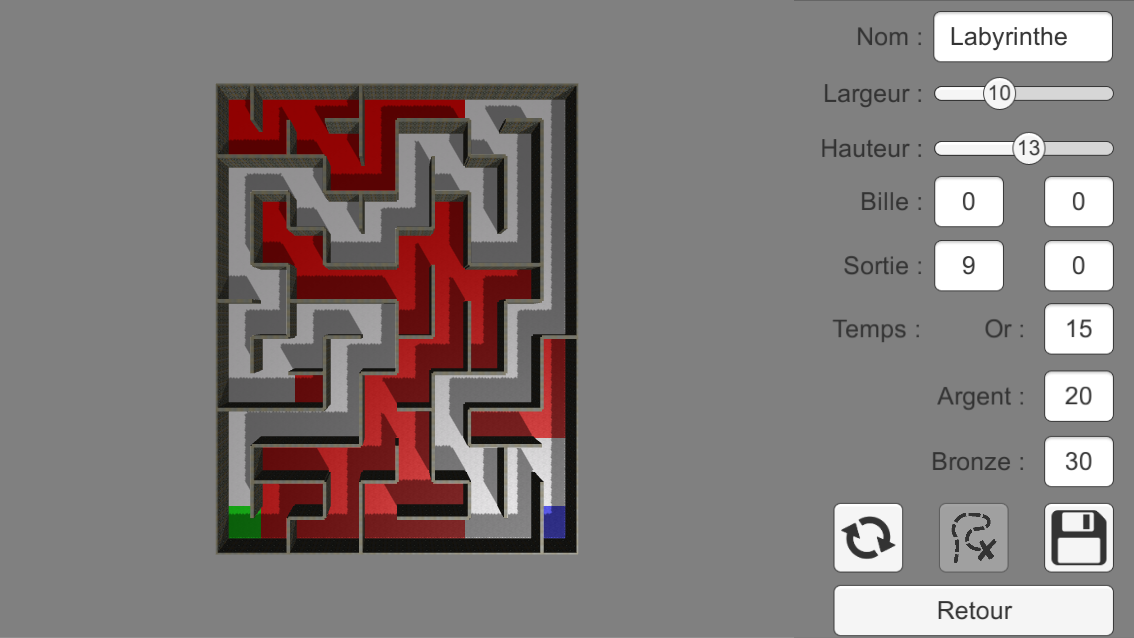 There is a menu in the game that allows the player to set different parameters (name, size, start and end positions) and save the generated maze.