What I did : Game design, level design, writing the story and serious content, 2D art, developpement of cutscenes and goals features

During our masters degree, we had to realize a serious game. We chose to make a game that teaches kids how the immune system works : Breaking Blood. 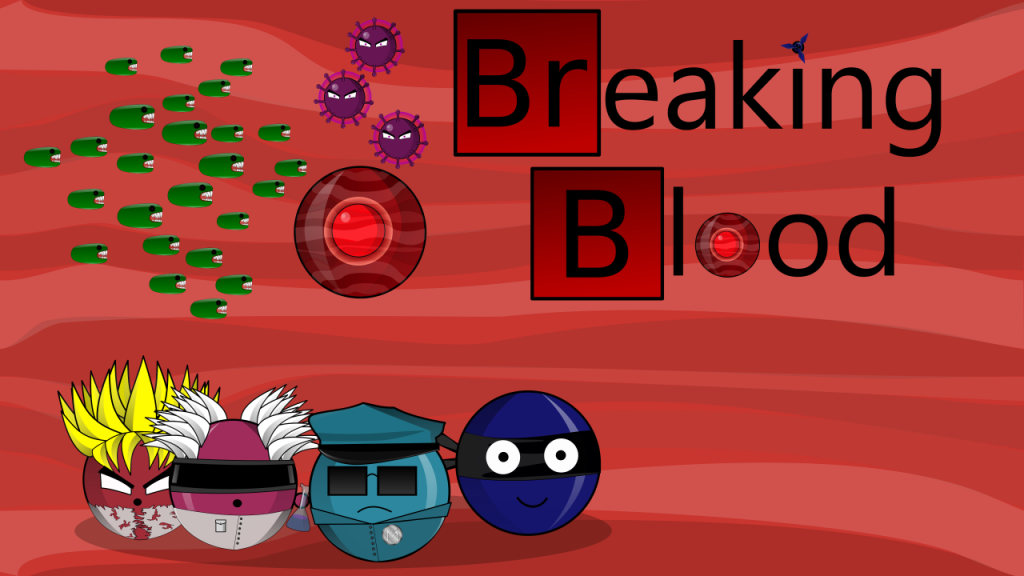 This awesome trailer was made by Jeremy Ossola !

The game is a succession of levels where two groups are fighting. Each side is a multi-agent system controlled by the computer. The player only has the ability to select one unit and order it to move or attack. He has to complete a series of goals to progress through the story and learn the secrets of the immune system.

This project starts right after the end of Super Petit Pois during wich I learned how to draw simple characters with Inkscape. I was able to draw all the elements of the game, characters, background and visual effects.

The game is meant to teach something to kids or teenagers beginning highschool, so we wanted it to seem very simple and fun. We chose to represent the different cells with cartoon characters, each corresponding to its goal in the immune system.

Because they are characters, they can speak themselves when it comes to explain their function and how they are created. It also allows to create a story that you want to see the end of, and by progressing through it, you will learn more about the immune system. 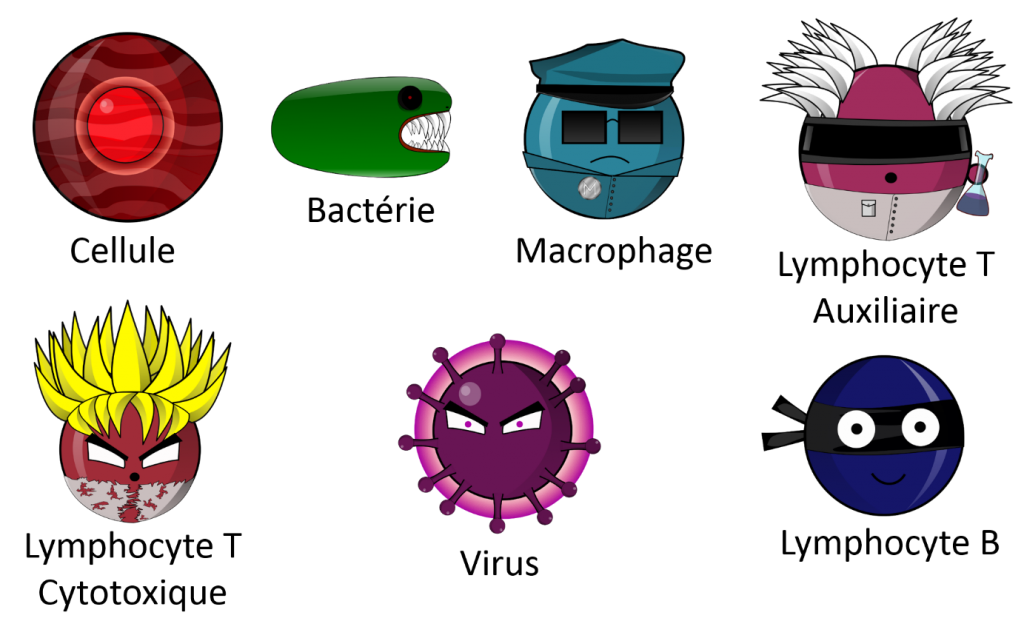